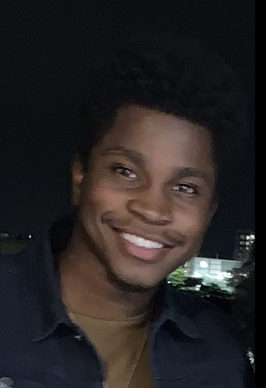 Elijah Alouidor of Lynn has been elected by the student body of North Shore Community College (NSCC) to serve as its representative on the college’s Board of Trustees. As student trustee, Alouidor will be the liaison between NSCC’s student population and the college’s governance body. He shares student issues and concerns with the Board, and lends a student perspective to Board decision-making.

A high achieving Business Administration student, Alouidor has been actively involved with NSCC’s M.A.L.E.S. (Men Achieving Leadership, Excellence and Success) program, a program designed to increase access, achievement and graduation rates for underserved students who are first-generation, low-income, minority males and males of color, particularly young Latino and African American men, so their prospects for success in college and career are more attainable.

Having a strong sense of community and being passionate about the development of his peers led Alouidor to play an integral role in helping create the student M.A.L.E.S. club, ensuring that students could build a brotherhood, have their voices heard, and feel a sense of belonging on campus. He continues his involvement by helping create and schedule events, recruiting potential new members and was recently named the acting president of the club.

“His commitment to personal growth, along with his outgoing personality, easily inspires those around him to reflect on how they, too, can work to achieve their own goals,“ said Michele Cubelli Harris, coordinator of the M.A.L.E.S. program and Alouidor’s work study supervisor.

A 2019 graduate of Lynn Classical High School, Alouidor plans to continue his education at a four-year school after graduating from NSCC.