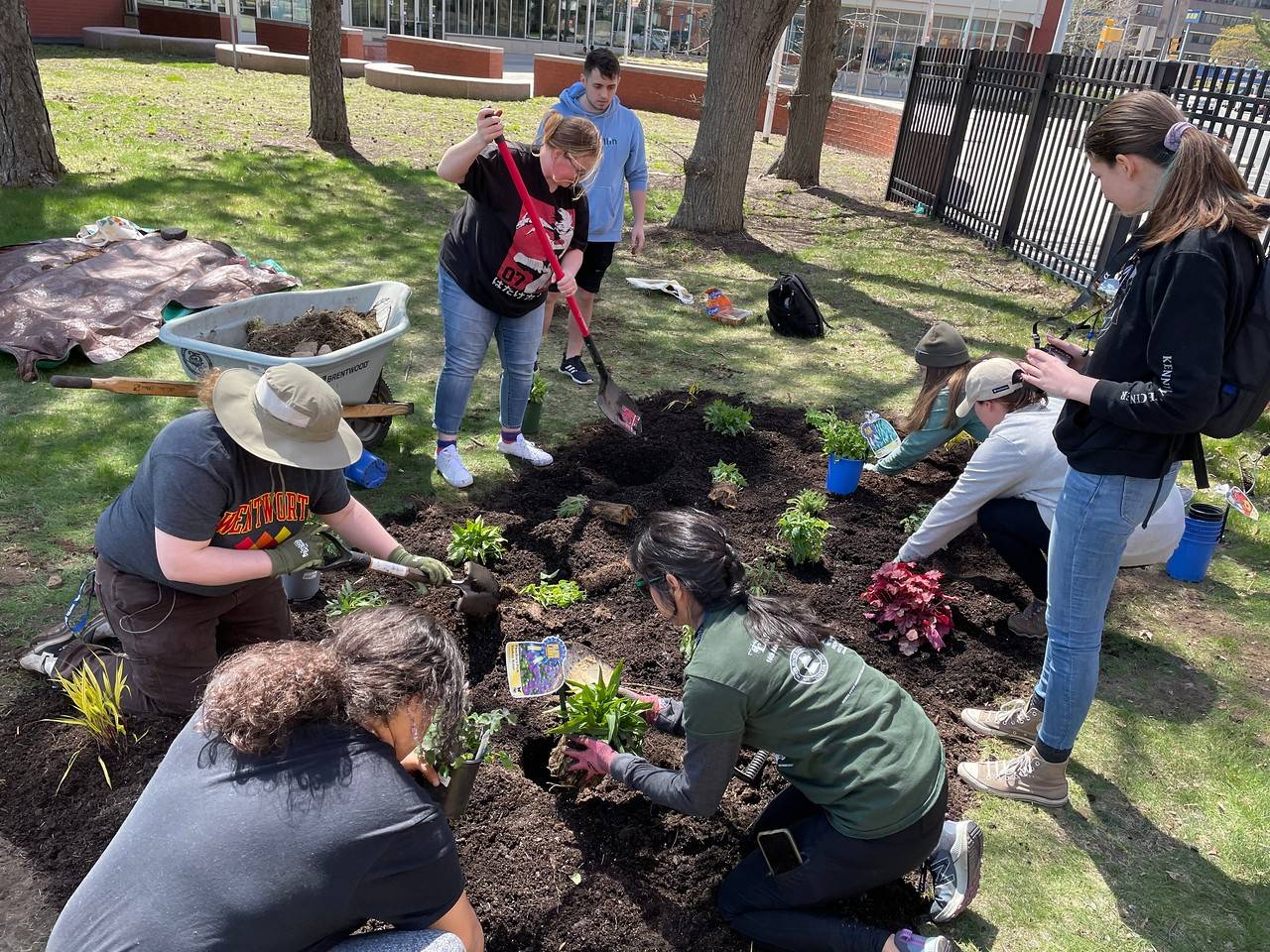 LYNN — North Shore Community College (NSCC) planted a pollinator garden on the Lynn campus to celebrate Earth Day and give pollinators, including birds, bats, bees and butterflies, a fighting chance to get pollen where nature needs it.

“Pollinators are in decline nationally and need habitat to feed, rest, raise their young and over winter,” said an advisory publicizing the Friday event, “According to the United States Department of Agriculture (USDA), pollinators were responsible for one in every three bites of food, and they also increased the nation’s crop values each year by more than $15 billion.”

The project is a collaboration of the college’s Environmental Club with MASSPIRG and the Horticulture Department.

“In urban settings like these we don’t have places for pollinators to stop and recharge to get the food,” said Professor Barbara Heath, who coordinated Friday’s event.

Heath said planting the garden ensures “those flowers can eventually turn into the fruits and vegetables and things that we like to eat.” Early stages of the garden project involved taking off turf and composting it to make soil.

“It just kind of fell through during the fall,” said Hinchey, adding the chapter was focused on a different program at the time.

“But this semester I really wanted to get into it,” said Hinchey, who even got small golden-bee earrings.

He said that he liked the bees because they were small and cute, and they were an important part of the nation.

Chuck Wall, NSCC biology professor, said that although people usually “just know honeybees,” as pollinators, “there were also a lot of other species.” With the honey bee population nationwide declining, there is an increased need to “just to have more flowers,” he said.

Friday’s planting was also a chance to help green a few thumbs belonging to participants who admitted they didn’t know much about gardening.

“I wanted to try to plant some native pollinators at my house myself, and I don’t know much about gardening,” said Kim Stevens, senior specialist for assessment of student learning at NSCC.

Heath would like to see the planting become an annual tradition.

Wall said that he would like to think of this project as a pilot that could be expanded to more college garden spaces if the college administration likes it. He viewed Friday’s planting as an attempt to build more semi-wild nature even in urban areas.

MASSPIRG is a citizen-funded organization that promotes an environmental agenda.