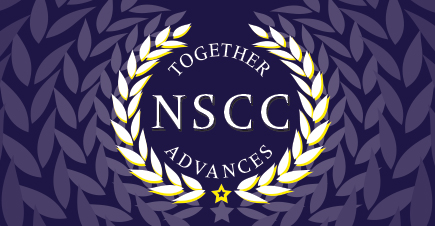 The prestigious Champions Award is presented annually by the NSCC Foundation, celebrating exceptional leaders on the North Shore who are transforming our communities through service, advocacy, and philanthropy.

A resident of Marblehead, Dr. Brown turned his passion for social justice into action by founding NSCC’s Forums on Tolerance in 1996.   The Forums bring together students, faculty and staff, community members and guest speakers twice a year to explore social injustice and its impact through topics ranging from immigration to civil rights.  Brown and his wife Fran established the Forums on Tolerance Endowed Fund as well as the Professor Sheldon Brown Tolerance Scholarship and are members of the NSCC Lighthouse Society Founder’s Circle.

The Women’s Fund of Essex County is dedicated to creating positive social change and solutions to complex and overlapping social issues impacting women, families and communities. In keeping with this mission, the Women’s Fund of Essex County founded the Support for Single Mothers fund at NSCC, providing students who are single mothers in good academic standing with emergency grants and flexible financial assistance to prevent obstacles from becoming barriers. Needs include utilities, technology access, childcare and more.  To date, nearly 100 single mothers have accessed this fund with outcomes that exceed retention rates and serve NSCC’s highest need students.

Benjamin (Ben) Patton is founder and vice chairman of the Patton Veterans Project (PVP), a non-profit which uses collaborative filmmaking as a therapeutic intervention for combat veterans coping with posttraumatic stress.  Since 2011, the PVP has held more than 60 I WAS THERE film workshops for nearly 1,500 veterans at major US Army installations, VA hospitals, Vet Centers, colleges, universities and private clinics.

Patton has twice partnered with NSCC’s Veterans Center, bringing the I WAS THERE workshop to NSCC student veterans and residents of the North Shore.  Together, veterans processed challenging and often isolating military and civilian experiences through sharing, collaboration, and creativity; producing short films that promote healing for veterans and educate the public about the challenges faced by veterans and military families.

Net proceeds from the Champions event will benefit NSCC Foundation student success programs and initiatives, which in turn will continue to strengthen local communities and the regional economy.

“I applaud the three distinguished Champions Award honorees who are leading the way through their service, their philanthropy and their advocacy,” said Interim President Dr. Nate Bryant. “And I invite all of you to unite with NSCC and invest in the future of this college and our incredible students.”

For more info visit: http://www.northshore.edu/champions or contact Nicole Marcotte, NSCC Director of Development at 978-739-5527 or nmarcott@northshore.edu