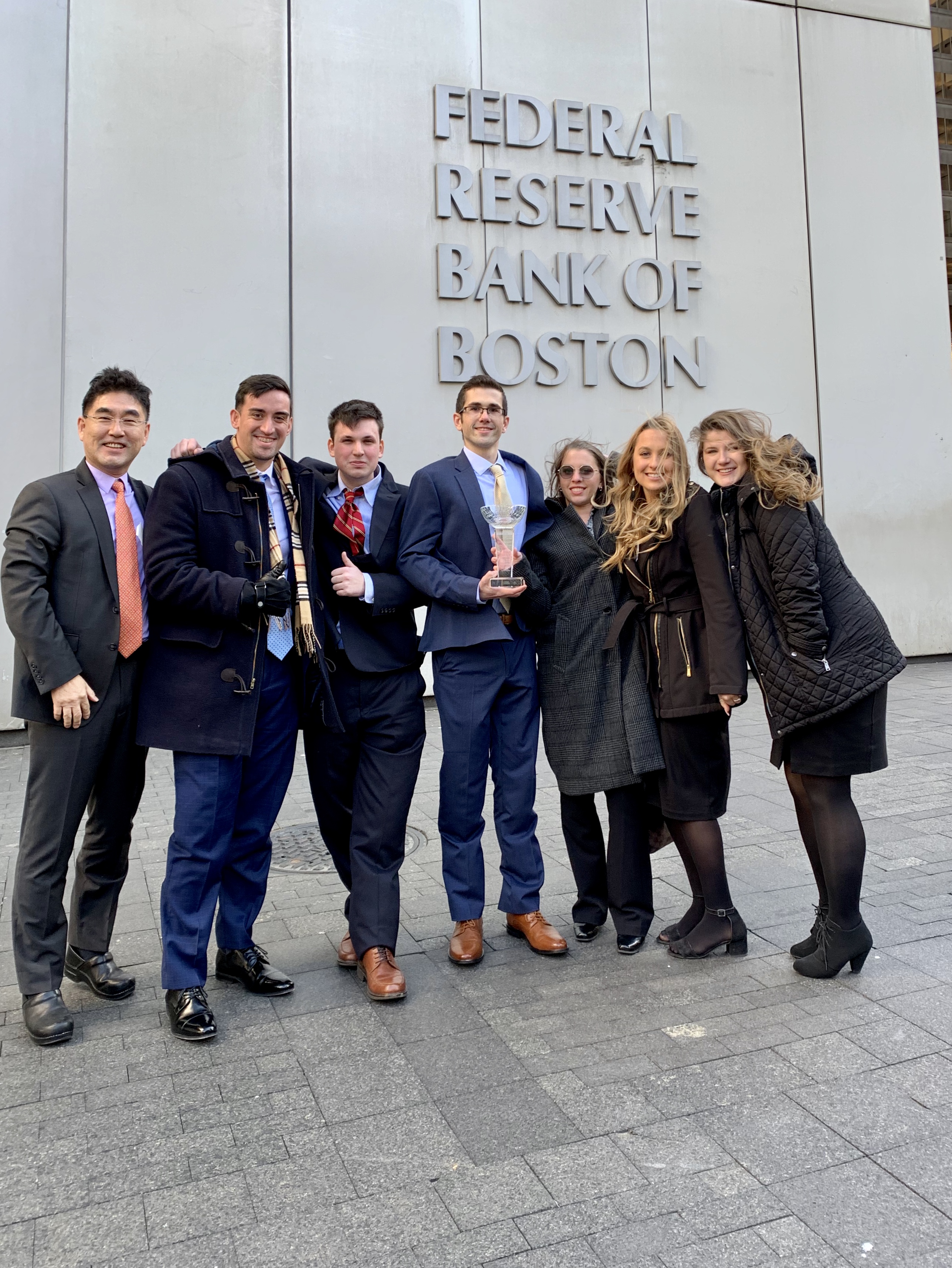 For the third year in a row, North Shore Community College’s (NSCC) team of Economics and Finance Club students, under the leadership of Economics Professor Moonsu Han, took first place in the Boston Regional Community College Fed Challenge Competition held on November 8, 2019 at the Federal Reserve Bank of Boston.

NSCC has now earned the distinction of being the ONLY community college to win the Fed Challenge Competition for three years in a row – 2017, 2018, & 2019! This year, NSCC competed against community college teams from Bunker Hill CC and Manchester, NH CC.

The competition encourages the development of important skills such as research and analysis, decision-making, argument formulation, and effective communication.

Participants play the role of the Federal Reserve by analyzing economic conditions and recommending an appropriate course for monetary policy.

With a 15-minute time limit, Team NSCC delivered a presentation of their views and recommendations on the economy and answered questions asked by the judges, requiring them to apply their knowledge and think on their feet.

Of note is the fact that Professor Han was the only community college professor to serve as a judge, joining colleagues from Yale, Bentley, Dartmouth and Boston College, to name a few.