North Shore Community College is joining a call to action.
NSCC's RAP Experience program and services are designed as an achievement and retention initiative to support and assist Black, Latino/a, and ESL students to succeed academically. In doing so, we improve and increase academic persistence and graduation. We want to partner with you to support your academic success, celebrate your achievements, and empower you to RISE, ACHIEVE and PERSIST!

HEAR THE CALL TO ACTION!

During his speech introducing the My Brother’s Keeper (MBK) Initiative, President Barack Obama made a call to action to the country:

Keynote Speaker Darius Peyton
Darius Peyton received his bachelor’s degree in Media Literacy and American history from Wheelock College (now Boston University). Growing up in Amherst, MA, he first discovered his passion for social justice when he noticed the disparities in the way that he and people who look like him were treated. This led him to become a vocal advocate for closing the gap. 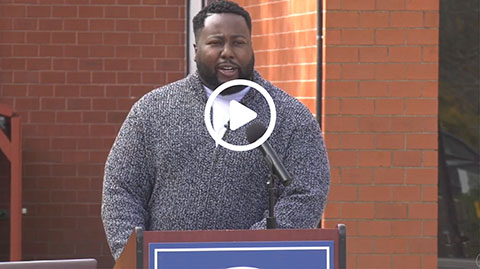 Connect with us at rap_experience@northshore.edu